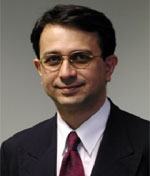 Professor Aziz completed his undergraduate medical training in his native Pakistan in 1983. After initial training in Pakistan he came to the United Kingdom for higher medical training. He started his research career at the University of Manchester and obtained his PhD in 1996. He held posts of Lecturer, Senior Lecturer, and Professor of Gastroenterology at the University of Manchester, and is now Professor of Neurogastroenterology at Barts and The London School of Medicine and Dentistry at Queen Mary, University of London. Professor Aziz’s research is aimed at understanding the neurophysiological basis of human brain-gut communication. He has made an important contribution to the understanding of how gut pain is processed in the brain, and how both inflammation/injury to gut nerves and psychological factors can lead to the development of chronic gut pain.